Who do you call when tragedy strikes? 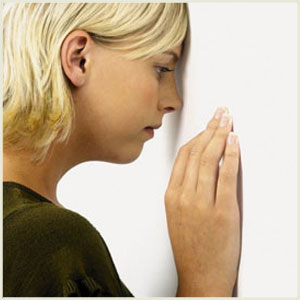 The phone rings at 3am, providing 24 hour emergency response is just on task that goes along with being a biohazard cleanup specialist.  Late night calls are almost always cases involving blood and biohazard cleanup from death, trauma or some form of violent crime.  Bio Clean Services provides these cleanup services to assist victims and family who suffer crime and tragedy.

You answer the phone and suddenly you are dealing with a distraught family member of a suicide victim. This is a call that no one ever thinks they will have to make, however you’re meeting them at one of the worst times in your life.  Not knowing what to do in the midst of a trauma is normal. What you need to know is: If a violent crime, suicide or death occurs on your property you are responsible for cleanup.  Emergency personnel or the coroner will remove the dead but anything left behind is up to the property owner to handle.

What’s left behind is never something you can just bleach and use air fresheners. Crime, death and blood/biohazard cleanup requires special chemicals, equipment and training to ensure the property is returned to a safe and habitable environment.  Generally people do not know that things such as pointy bed springs, splinters of wood, shards of glass all can contain potentially dangerous pathogens that can compromise the health of the person cleaning or in contact with the affected areas.

All items and materials containing biohazard potentials must be removed and properly disposed. Many of these potentially harmful items are not even visible to the human eye, let alone someone who is attempting to clean an area without knowing what they are looking for.  Another problem someone faces when not knowing about cleanup protocols, is how and where to dispose of the items after cleanup.  Special handling and disposal permits are required for blood and biohazards and those who are found improperly disposing of these biohazards are subject to hefty fines.

If you or someone that you know is a victim of death, crime or tragedy, contact Bio Clean Services immediately so we can help you remain safe. Our technicians are discreet, compassionate and available to help you with life’s tragedies. We understand that bad things happen to good people and we offer these services to help our clients bear the painstaking task of removing all traces of danger from their property.

A look inside a biohazard cleanup company

Throughout the course of any day, whether pumping gas, running errands or simply driving through a city on the way to a job, our Bio Clean Services logo and uniforms spark the interests of many people. Some onlookers assume we’re a service that performs some form of environmental or occupational cleaning company, but we’re so much more.

Bio Clean Services offers the following services in Ohio, Pennsylvania, Michigan & West Virginia:
Our number one priority is helping our clients recover from traumatic situations while returning these environments to clean, safe pre-incident conditions. Our services help clients overcome the emotional and physical hazards associated with these scenes in a professional and compassionate manner.

We’re often asked by people we come in contact with, “Why do you choose to do this line of work?” and our response is always the same….because we are passionate about helping our clients and we are dedicated in the promotion of safe, contaminate free area after tragedies occur.

An ordinary Bio Clean Services client would be an individual who has to handle the cleanup of a death or suicide scene or an employer who needs remediation after a work place accident. We also deal with Police Departments, Fire Departments and Emergency Personnel, Funeral Homes or other governmental agencies needing biohazard clean up services. Due to the sensitive nature of our client’s grievance, we are required to be extremely empathetic and understanding about these situations. We try to convey through our work ethic and actions the same compassion that we would offer if it were our own family member or workplace experiencing the trauma.

If you or someone you know in our Service Area needs assistance in remediation of these types of scenes, please contact us immediately. We will work discreetly to handle all processes of clean up and are available for immediate dispatch to the scene.
Posted by Unknown at 7:56 AM No comments:

How America Has Changed

Reprinted from and courtesy of Junior Scholastic, November, 26, 2001 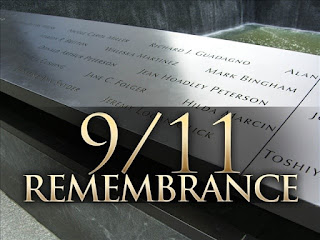 After September 11, everything changed. If you follow the news, you've heard it a thousand times—the idea that, since the terrorist attacks on New York and Washington, D.C., nothing in America will ever be the same. In many ways, things have changed. There's more security at airports, sports events, and even schools. Classes have canceled field trips to big cities, and families have put off long-planned vacations. Sports fans must go through metal detectors to enter stadiums and arenas. Workers fear that the next letter they open could be poisoned with anthrax. All over the country, people are having trouble sleeping, worried about what might come next.


Many Americans canceled plans to fly after September 11. The airlines say they lost 19 million bookings in the six weeks after the terrorist attacks. As a result, as many as 150,000 airline workers worldwide have lost their jobs. Attendance at Disney World in Orlando, Florida, has dropped, and the park has asked employees to give up 20 percent of their hours and wages. President Bush has publicly encouraged Americans to visit the park as a patriotic act. Those who still fly face lengthy delays, as security workers and National Guard troops check bags for knives or other weapons. The government has hired 1,000 armed marshals to accompany flights nationwide.


The changes are not all for the worse. The country may be a scarier place since September 11, but it is also more united. "Two people in our neighborhood died in the World Trade Center," says Pedro Martinez, 12, of Freehold, New Jersey. "It scared many people, but now everybody is a lot kinder to each other." Paulina Kruzel, 13, of Chicago, Illinois, agrees. "What I've seen is a lot of people coming together now and helping each other out," she says. "And a lot more people are putting American flags up to show their support." More students are saying the Pledge of Allegiance in schools. And more Americans are finding ways to help their neighbors. As of October 26, Americans had donated $542 million to the Red Cross to help victims of the attacks and their families. From coast to coast, people are seeing their local police, firefighters, and rescue workers in a new light. After so many sacrificed their lives at the World Trade Center, people say they will no longer take their protectors for granted.


Changes have taken place in the home as well. The No. 1 album in the U.S. the week of October 15 was God Bless America, a benefit album featuring recordings by Celine Dion, Mariah Carey, and other artists. Record numbers of TV viewers are tuning into comfortable old favorites such as Friends and Everybody Loves Raymond—both are enjoying their highest ratings in years. As we become used to what some commentators call "the new normal," we may face more changes. We may have to carry national identification cards, or get used to more security cameras at malls, intersections, and other public places. But we'll also find reassurance as familiar patterns resume. As Paulina, who lives by Chicago's Midway Airport, says, "It was so good to hear the planes fly again. It had been too quiet."


What Has Not Changed


With all the talk of what's changed about America, it's worth remembering that much of what makes the U.S. unique has remained the same. We still enjoy our basic freedoms, including those of religion, speech, and the press. In schools that have recently reinstated the Pledge of Allegiance, for example, students have the right not to recite the pledge for religious or political reasons. In New York City, Schools Chancellor Harold Levy said that tolerance of different people was at least as patriotic as reciting the pledge. "This is what it is to be an American," Levy said as he urged students to be respectful of their Arab and Muslim classmates. People from around the world are still seeking the opportunity to come to America. "I ask you to uphold the values of America and remember why so many have come here," said President Bush in his address to the nation on September 20. "America is successful because of the hard work and creativity and enterprise of our people. These were the true strengths of our economy before September 11, and they are our strengths today."
Posted by Unknown at 7:18 AM No comments: 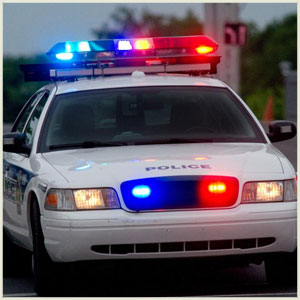 A crime scene is an integral part of a police investigation, but what happens once the investigation is complete? Who’s responsible for the cleanup of the aftermath and potential biohazard dangers that are a part of any crime scene?  In most cases, the property owner or a relative / next of kin if the property owner is deceased.  Bio Clean Services provides biohazard cleanup services for crimes, trauma, death and other dangerous contaminated sites.

Crime Scenes can range from breaking and entering to cases as severe as sexual assault of murder.  In any ordinary crime scene biohazards that can potentially compromise the health and safety of others is usually found. Most people don’t realize that the presence of one drop of blood, when exposed to outside elements, can contain pathogens that can make you sick. If fingerprint dust is used at a crime scene, microscopic organisms can be transferred in the dust to various places throughout a scene. The dust can also carry airborne pathogens that could potentially be ingested by others who come in contact with a crime scene.

Bio Clean Services maintains the necessary equipment to remediate and removal all biohazards from a crime scene. Our technicians are experienced in the cleanup of blood, bodily fluids, tissue matter and other materials found at crime scenes. We are a certified biohazard cleaning company and are familiar with both State and Federal protocols for handling biohazards.

Police departments do not clean crime scenes. Once the investigation is over, they leave the cleanup to the property owner or responsible party.  We often receive referrals from police departments because they are familiar with our certifications and experience in handling these sometimes extremely dangerous conditions.  We are also contracted by different police departments frequently to clean and disinfect police cruisers, emergency transport vehicles and even jail / prison cells that may contain biohazards from inmates.

If you or someone you know has experienced a crime or trauma scene, please do not attempt to clean the scene yourself. Contact our office for assistance with your biohazard cleanup. We’ll ensure that the site is properly cleaned and returned to a safe, sanitized state expediently.

Posted by Unknown at 8:24 AM No comments: